Burial Sites of the Executed

Категория:
Burial Sites of the Executed

Letters of correspondence between organizations that carried out executions and governed Moscow's cemeteries and crematories are the sole official documents and reliable sources about the locations of mass graves in Moscow. According to them, in 1921–1926, victims were buried on the territory of the Yauzskaya Hospital (now Hospital No. 23) and in the Vagankovskoe Cemetery in 1926-1935. From the beginning of 1934 until at least the 1950s, executed victims were cremated in the Moscow (Donskoi) Crematory and their ashes were buried in the cemetery next to the crematory. Documents also prove that victims were occasionally buried in this cemetery without cremation at the end of the 1930s.

Besides the cemeteries, two special NKVD (People’s Comissariat for Internal Affairs) burial sites were established on the outskirts of Moscow in 1936–1937. They are the Butovo shooting range and a former sovkhoz (state-owned farm) of the NKVD named Kommunarka. Tens of thousands of victims were buried at these sites in 1937–1938. According to experts' estimates, around 10,000–14,000 people were buried in the Kommunarka killing field, while 25,000–26,000 people were buried in the Butovo shooting range. A number of oral testimonies also prove that executions were carried out in both places.

Other official documents about these mass graves have not been discovered. Evidence related to the Kalitnikovskaya, Rogozhskaya, and other cemeteries is reliable, but it is quite scarce and should be corroborated. 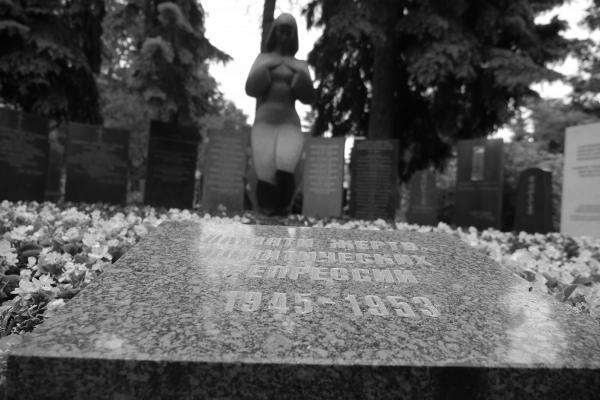 Источники, литература, ссылки:
“Executed in Moscow,” database created by the Memorial Society (in Russian)
Lists of those executed in identified places in Moscow (in Russian)